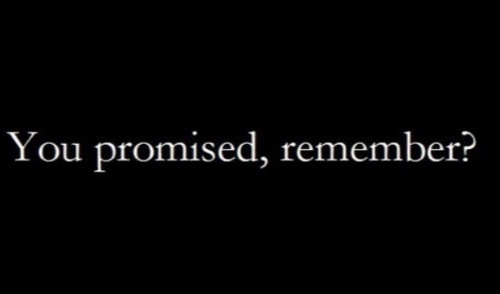 It is usually said that we are prone to making mistakes or saying the wrong things when we are pressured and feel our backs against hard concrete. When a boss forces one to alter an honest opinion, one can either decide to stand one’s ground, or succumb to the pressure. Whatever choice is made; one thing is clear—times of intense pressure are times when reputations are either made or marred.

Towards the end of March, while Nigerians groaned under the burden of petrol scarcity’s latest iteration, the apparent petroleum boss, Dr Ibe Kachikwu, while conceding his lack of magical prowess, stated that he was doing his best to resolve the scarcity issue. After his litany, he honestly informed Nigerians that the scarcity may last till May (from March!). The APC’s national leader, the Jagaban himself, annoyed at Kachikwu’s “lack of progressiveness”, took to the press to deliver a not-too-nice appraisal of the petrol sub-boss.

With the uproar created by Tinubu’s public blessing, Kachikwu must have had quite a few sleepless nights. How does one survive an attack by the de facto grandmaster of the APC, coupled with a vote of disapproval from one section of the country? Forget that President Buhari is the “real” petroleum minister. Kachikwu must have been scared that Tinubu’s disapproval could give Buhari an easy scapegoat to fire. Luckily, the Senate came to Kachikwu’s rescue, providing a cross for his salvation. He duly appeared before a senate committee and gleefully informed queue-weary Nigerians that the queues would disappear by April 7. Apparently, the fairy godmother, with pity in her eyes, had appeared in a hot-afternoon vision to bestow magical powers on him.

Yesterday, the magical April 7 finally arrived, duly packaged by cosmic powers. True to Kachikwu’s promise, there were no queues, just lengthy lines of metallic objects that move on wheels, accompanied by jerry-cans and drums for the hoarders and black marketers. It seems the magic failed to work, or he did not complete the repertoire of incantations recommended for maximum efficacy.

Before any person decides to lambast poor Kachikwu for failing to meet his target, let’s try some rationality. His “May threat” was based on certain variables. He talked about the scarcity of foreign exchange for petrol importation, and that he was working with the CBN to resolve this issue. To his credit, the oil majors have agreed to sell foreign currencies to petrol importers. This should help a bit in resolving the scarcity problem. In addition, the issue of low output from foreign refiners due to the winter season has also been pointed out. This limits the amount of petroleum products that Nigeria can import. Even when cargoes arrive, Nigeria’s inefficient delivery system means that it takes some days to discharge products from the ships, and then deliver those products to the nooks and crannies of Nigeria.

As even he has accepted, Kachikwu’s political inexperience set him up for this conundrum. There is a good chance that his appraisal of the time frame to resolve the scarcity issue is accurate. However, he lacked proper knowledge of how to tell Nigerians. Telling Nigerians, in March, to expect scarcity till May, was not a smart move. In the face of Tinubu’s onslaught, he was deluded to promise April 7. The very day he made that promise, sensible persons knew he would not achieve it. Some forces just pushed him to recant, and he ended up withdrawing one unhelpful statement to release a rather quixotic promise.

In all these gaffes, I want to believe that His Excellency Dr Ibe Kachikwu (as called by OPEC) is learning some things about the Nigerian system. It is advisable that he should try to avoid making public speeches. There is a certain popular orator well suited for deception and grandiose promises. Let the technocrats do their jobs, while the deceptive orators do theirs. By the way, this scarcity shouldn’t last till May. The Kachikwu magic should be tweaked. This time, it must work!