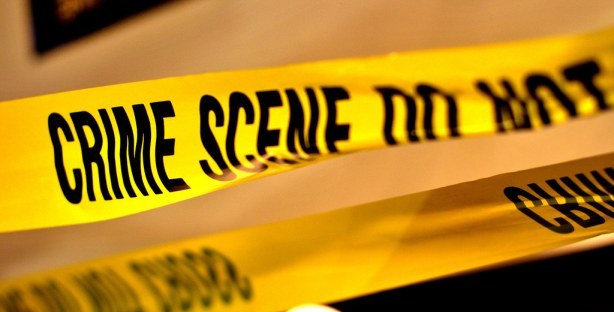 A quote attributed to South African-born Mokokoma Mokhonoana says that “You cannot really shame a man who sincerely does not care what others think of him”. To feel shame, a person must have the capacity to not just understand what shame is, but also recognize that an action or a spoken word is beneath dignity standards. This is where the South Africans and their Nigerian comrades have shown unrepentant deficiency.

Let’s start with the South Africans. Recent reports from Africa’s second largest economy indicate a wave of attacks on foreigners, especially Nigerians, living in the rainbow nation. The attackers offer the justification that foreigners are responsible for criminal activities—drug running, prostitution and human trafficking. Unfortunately, this is not the first time this type of mob action is occurring in South Africa. In 2015, I wrote about similar attacks that seemed to have been instigated by a public figure in South Africa. The reasons offered now are the same reasons South African mobs always offer in defence of their seasonal folly.

There is no need to spend much time on the folly of the South African mobs. Many commentators both in Nigeria and in South Africa have spoken about the needless attacks. Some have pointed to Nigeria’s sacrifices in ending South African apartheid as a reason for the mobs to have a rethink. I don’t think rehashing the help rendered by Nigeria is necessary. This isn’t the time of the biblical Moses when we read of “another king who did not know about Joseph”. Millions of persons who witnessed apartheid are still alive so there’s no need preaching to the supposedly converted. To me, the worst folly is the mobs seeing themselves as judge and executioner. Indirectly, the mobs have told the world that their police force and the government is at best effectively “useless” or worse, indirectly supporting the attackers. It is interesting that supposed foreign criminals have not been arrested by the South African police. It is either the police service is ineffective or the blanket charge of criminality laid by the mobs is a cover for something vilely sinister. Let me stop there. South Africa is not my problem.

My real problem is the Nigerian government. The president’s “Senior Special Assistant on Foreign Affairs and the Diaspora” made several statements condemning the sad events in South Africa. Nigeria’s bicameral legislature also condemned the attacks, and some planned a trip to “our South African brothers and sisters”; a trip I deem very irrelevant. The point here is not the verbal excoriation or estacode-seeking trip or angry requests that South African businesses in Nigeria be punished. Can the Nigerian government take a pause and look inwards for a moment? Apart from some supposed national pride and a vain attempt to appear caring, does the Nigerian government have any moral standing to talk about the killing of Nigerians and destruction of their properties by South Africans?

My viewpoint may appear stupid and unpatriotic, but I don’t see any big deal in what the South African mobs have done. Have they done anything that the Nigerian government has not done to Nigerians on Nigerian soil? The only difference here is that the mob consists of foreigners. For many years, Nigerians have been unwarrantedly killed by the Nigerian government, and many Nigerians have lost their properties to unjustifiable behaviour by the Nigerian government and its agents. If the South African mobsters are given Nigerian military and paramilitary uniforms and transported into Nigeria, they would find themselves perfectly at home. This is the paradoxical state in which Nigerians find themselves—despised and killed at home and abroad, no difference whatsoever.

I am not saying the Nigerian government should keep silent in the face of attacks on Nigerians abroad. I’m simply saying it should ask itself what it would have done if the “mob” were the Nigerian army as seen in Odi and Zaria, the Fulani Herdsmen as seen in Agatu and Nimbo, or the Nigerian police force as seen on Nigerian roads. When we hear of the police terrorizing residents of an area over a robbery incident, do we do anything to stop the foolish behaviour of those police officers? The Nigerian government has let too much disrespect come to Nigerians in their homeland, and now foreigners have simply learned that Nigerians can be treated as trash. Actually, even trash has some recyclable value. Nigerians are worse off.

It appears we have taken “a prophet has no honour in his house” too seriously that we have forgotten that “charity begins at home”. If you want your people to be respected outside, first demonstrate to outsiders that you have the utmost respect for your people. It is that simple. Only a suicidal mob would go after Americans because they are sure that the American government would not tolerate any disrespect. Now you may say America is one dominant country. Maybe. However, I can bet that people in “small” Benin would not think twice about attacking Nigerians. It is time for the Nigerian government to sit up and act responsibly. This disrespect should stop— in Nigeria, in South Africa and everywhere else.

View all posts by Jilomes