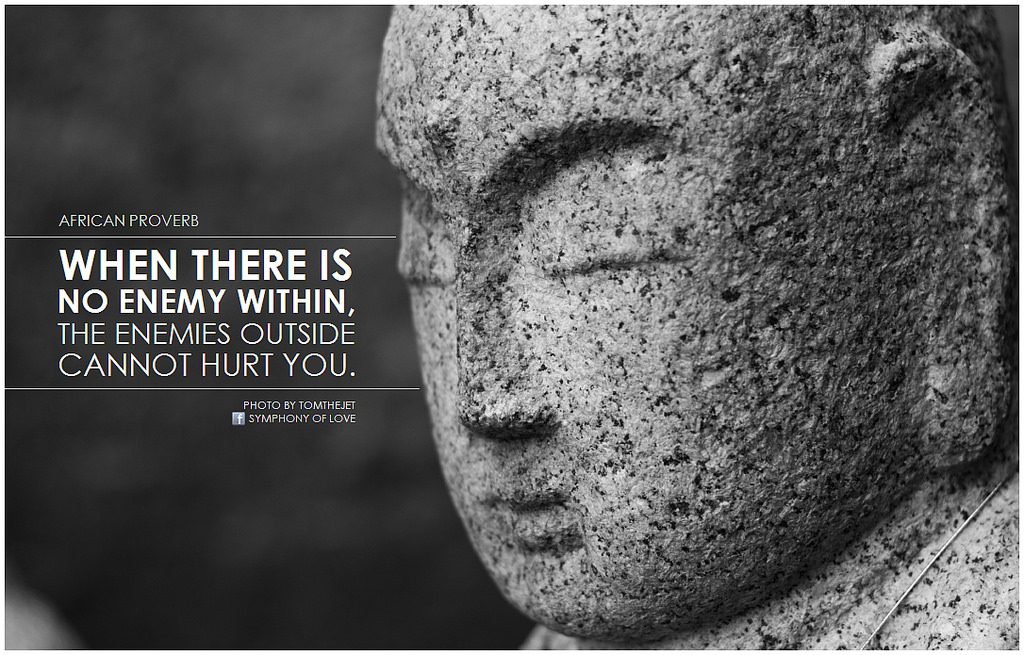 Caitlin Moran once wrote: “…the world will come at you with knives anyway. You don’t need to beat them to it”. Whereas it would seem counterintuitive that a people would choose to harm themselves, each day people in Rivers State make the foolish choice of harming themselves and the state they call their own. Rivers people keep complaining about marginalization by the federal government and the Hausa-Fulani hegemony. While some of the complaints are valid, a closer look would reveal that the real enemy lies within, not outside.

Before I begin, let me be clear that I am an indigenous Rivers person; born, bred and anything else in the state. Hence, when I say “Rivers people”, I am not an outsider writing about a group I don’t really know. Secondly, before a charge of stereotyping is thrown at me, my use of “Rivers people” does not mean that everyone in the state is a saboteur. It would be effectively delusional to think that every person in the state is bad, or even good for that matter. People would always fall somewhere along a somewhat fluid spectrum. In addition, “Rivers people” implies indigenes of the state, not the generality of residents in the state.

Now I can continue. Although the title mentions Rivers State, this article can be superimposed on most of the Niger Delta states. Being a group of states that are culturally-diverse, yet culturally-alike, what works (or doesn’t work) in Rivers State is very likely to have the same features in another neighbouring state.

Let’s look at some of the common complaints by Rivers people. The oil companies are based in Lagos or Abuja, while tapping the resources of Rivers State. Most of the oil blocks are owned by northerners and Yorubas; indigenes of Rivers State are hardly represented in the ownership of oil blocks. The IOCs and ancillary companies overlook indigenes during recruitment, preferring to employ persons from other sections of the country, or at best, only consider indigenes for menial roles. The oil industry continues to pollute the state without paying due compensation. The state is treated unfairly by the federal government in terms of political appointments and siting of projects.

Although there are other complaints, let’s stop at the ones above. These ones capture the “general” feeling of people in Rivers State. To be fair, some of the complaints have some merit that I cannot dispute. However, I have learned that sometimes instead of pointing fingers outside, finding who to blame for our problems, we should first look at the person in the mirror.

The bulk of the complaints by Rivers people can be attributed to insecurity—insecurity caused by Rivers people. There is no gain saying that Rivers State is one of the most heavily armed states in Nigeria. The IOCs and any other business need a secure environment for their staff and non-human assets. How can we create an environment of ever-present danger, and then expect these companies to stay? I recently visited the headquarters of an IOC in Abuja. Whereas I could “easily” gain access to the facility, this IOC’s office in Port Harcourt is somewhat a fortress. Essentially, the IOC’s security arrangements pass a message that it believes Rivers State is insecure.

Talking about insecurity, apart from attacks on oil facilities, kidnapping is another tool used to drive companies away. Kidnapping is now so rampant that it has created a clime of fear in the state. The kidnappings began in the heat of the militancy period. Then, oil workers were a prime target. Right now, even shop owners are targets. Just make the “mistake” of showing wealth in any form, and you might become a target for kidnappers. Even road travellers are getting kidnapped. This issue has made people afraid of running businesses in the state. No one would love to shell out millions of naira as ransom payment to a group of individuals who refuse to tow the path of legal work. By creating a clime of insecurity, we give businesses an excuse to move to Lagos or some other hospitable state.

In addition to insecurity, some other elements of business-friendliness are missing. Recently, while talking with a certain Rivers indigene, he said many of the companies involved in the trawler fishing business are moving to Lagos. He cited extortion and sea piracy as the reason for this relocation. When the trawlers go to the high seas to fish, on their return to Port Harcourt, they pass near different riverine communities where “community youths” demand payment for safe passage. The operating cost of these trawlers is therefore increased via this extortion. This person then said that to avoid these payments, trawlers now move to Lagos after fishing, and then move the fishes via road to Rivers State for selling. This is an example of how Rivers people make the state inhospitable for businesses. In essence, we chase businesses away, thereby losing taxes, losing jobs, and losing potential value addition to our economy, then we blame those companies for leaving. We have what amounts to an insane policy for businesses.

Next on my list is a poor understanding of national politics. Rivers State is made up of more than ten distinct tribes, and some of these tribes see themselves as enemies, not development partners. So if Mr A from Tribe X has a chance to ascend a certain role, Mr B from Tribe Y would muster “his people” to oppose that ascension. This contrasts with the north where though also differentiated by tribe, they endeavour to push northerners into top positions. For example, for the past twenty years, Nigeria’s chief judges have been northerners. This doesn’t mean that the north has the best legal luminaries nor judges. Rather, within the limits of the northern hegemony’s influence, it demonstrates the inability of those down south to play political chess. We keep complaining about marginalization, yet when someone from here has a chance to go up, we pull the person down.

Finally, we come to the issue of poor leadership. While we may argue about fairness and sufficiency, the fact is that hundreds of billions of naira have been pumped into Rivers State. What do we have to show for it? We protest that we are being cheated of our resources, yet, the “little” we get is not used properly. He that is not faithful with little, keeps crying for more. Through poor leadership, we impede our own progress. Some of our complaints are issues that could have been resolved or mitigated if we had good leaders. Non-partisan Rivers people would agree that much of the violence in the state is directly or indirectly linked to political leaders who enthrone warlords as a means of gaining and retaining political power— political power that is eagerly sought for the access it provides to steal the state’s resources. If Rivers State is unable to fix its leadership problem, its people would continue complaining until Jesus comes.

In this article, I have tried to point out ways in which Rivers people harm themselves. My focus on the oil industry is understandable given that the “Treasure Base of the Nation” basically runs on oil. However, the issues raised here affect every segment of the state. It is easy to point fingers outside, and refuse to take responsibility for our negative contributions. However, if we can look inwards and fight the enemy sleeping with us, then we can effectively face the external problems. We cannot fight an external war when there’s a civil war within. Rivers State should first fight the enemy within.