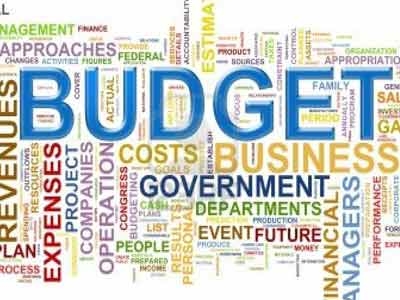 Never in the history of Nigeria have Nigerians witnessed the kind of drama that surrounded the 2016 budgeting process. The budget was in the news even before the first word was typed, and continued to stay in the limelight after its presentation, thanks to fluffy unsanitary pads and bickering by the presidency and the legislature. Like Paul Cezanne wrote, “we [truly] live in a rainbow of chaos”. Some say that chaos produces order. The validity of this statement regarding this budget remains to be seen in its implementation.

As the budget signing became public, many Nigerians began to rejoice (still rejoicing!) over the signed budget. Buhari, during his signing speech said, “Through the…’Budget of Change’, the government seeks to fulfil its own side of the social contract”. Nigerians have waited for almost a year for the execution of the change contract. They have good cause to be happy, since it is expected that the budget would provide a stimulus for the struggling economy. However, before we get too excited, some things should be said.

Transparency! Transparency! Transparency! If there is one word that Nigeria needs now, it is transparency. In light of the corruption-inspired drama that accompanied the budgeting process, Nigerians, represented by the Office of the Citizen, have a right to full details of the assented budget. By “full details”, I mean FULL DETAILS, not a sub-executive summary cooked with propagandist intentions. I have a copy of the 1810-page budget submitted to the national assembly, thanks to the efforts of Nigerians and civil organisations that pressured for a publicly-available budget. Now that we have an assented budget, enlightened Nigerians would want access to the budget. It is a right, not a privilege! I discussed this issue with someone, and he argued that previous administrations did not provide details, therefore, we cannot ask this administration for details. He forgets that this is a regime of change. Therefore, things must change!

Transparency is very essential in tackling deep-rooted corruption. The publication of the “proposed” budget enabled Nigerians to notice the hard pads added to various sections. This provides a strong argument for the assented version to be released into public domain. For an administration that campaigned on transparency, this should not be a problem. If the average Nigerian cannot go through a thousand pages of financial abracadabra, BudgIT and similar organisations are available to make the budget understandable by the woman selling fresh pepper by the road.

Talking about transparency, Nigerians need to acquire special “kobokos” for the national assembly. Despite Senate President Bukola Saraki’s promise to publicize his arm’s shrouded budget, the legislature has continued its tradition of secrecy. The proposed budget had the national assembly’s allocation as a line item—no details given. We hope that the Saraki and Dogara-led legislature would accede to the request of Nigerians and provide a breakdown of the national assembly’s budget. It is a moral anomaly to imprison an office clerk for corrupt enrichment, while those making the anti-corruption laws sit in a nest of corruption.

Still on transparency, a publicized budget would enable Nigerians to act as watchdogs for the Buhari administration. Nigerians cannot hold the government accountable if all they have are vague ideas of the budget’s contents. With access, Nigerians would have benchmarks to check the government. When the government knows that citizens are enlightened about the budget’s provisions, it would provide a drive for holistic implementation for the benefit of those who actually own the budget.

The Buhari administration barely has seven months to execute its plans for this year. It has no one to blame for the reduced time. The time for blaming is over. Now is the time to roll up the sleeves and get into the mud. A certain church has this inspirational quote, “Out of the broken pieces of your past, God can create an edifice of hope”. Nigerians do hope that out of the broken pieces of the budgeting process, the government can create an edifice of positive change and development. Let the work begin!